Actual Stock Can Be Confirmed After Placing the Order.
SKU
Getac-V100
Be the first to review this product
Notify me when the price drops 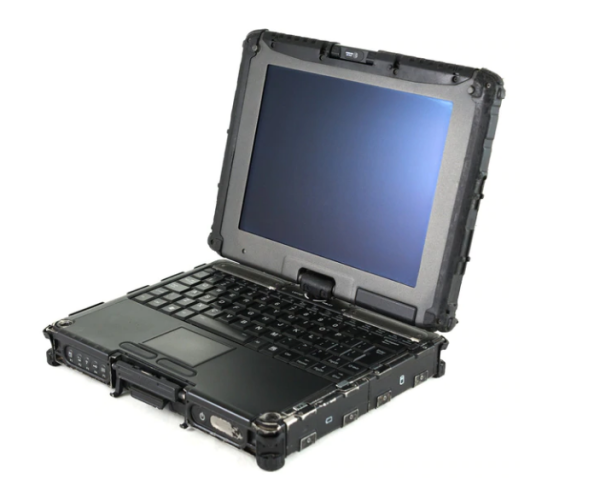 The GETAC V100 is a notebook that provides flexibility and computing power in a compact package. Its footprint of 12.2 x 8.7 inches is barely larger than that of a pad of paper. Despite its inherent ruggedness, it's under two inches thick and weighs just over six pounds. And since mobile computers in this class are likely to spend a lot of time away from offices and electrical outlets, the V100 emphasizes long battery life over blistering performance. Its processor and chipset have been upgraed several times since the V100 first became available, but Getac always stayed with utra low voltage versions of whatever mobile Intel processor technology was available at the time. This latest version comes with what is probably by far the most sophisticated CPU ever to see duty in a V100 machine, the 1.2GHz Intel Core i7-640UM.

On the display side, the V100 offers a 10.4-inch LCD with an exceptionally bright LED backlight. It can be cranked up to a full 1,200 nits. That's compared to about 200 nits in a standard consumer notebook. Getac offers the V100 with either a pressure sensitive touch screen, a multi-touch screen that can be operated even with gloves on, and also a dual mode touchscreen that combines pressure sensitivity with an active digitizer. Our review unit came with Microsoft Windows 7 Professional, and Getac offers numerous configurations and options (more on that later). Note that while there used to be a V100 version with a larger wide-format 12.1-inch display, that model has now split off to become the V200 model line with a different processor and configuration.

Taking a closer look at the V100

Good industrial design never hurts, and the V100 is undoubtedly a ruggedly handsome device. Its case is made of magnesium alloy with hardened plastics along the edges and small rubber bumpers in the corners for extra impact protection. The plastic parts are black, the magnesium alloy finished in a military-style dark gray. Form very much follows function on this machine. Small black Philips screws are left visible, structural elements likewise, an 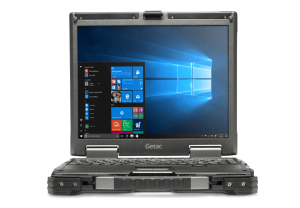 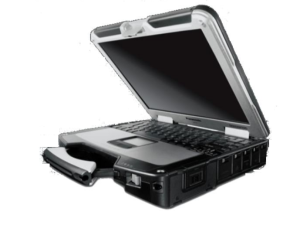 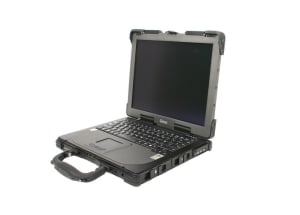 Getac V200 12.1" Fully Rugged Convertible Notebook
Be the first to review this product

This Model Has Been Discontinued, and Replaced with Getac V100 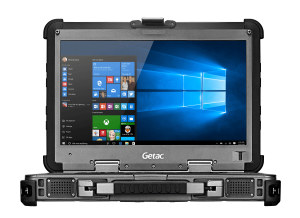