Actual Stock Can Be Confirmed After Placing the Order.
SKU
SC5000MPrime
Be the first to review this product
AED7,517 AED7,159
Notify me when the price drops
Add to Wish List | Add to Compare 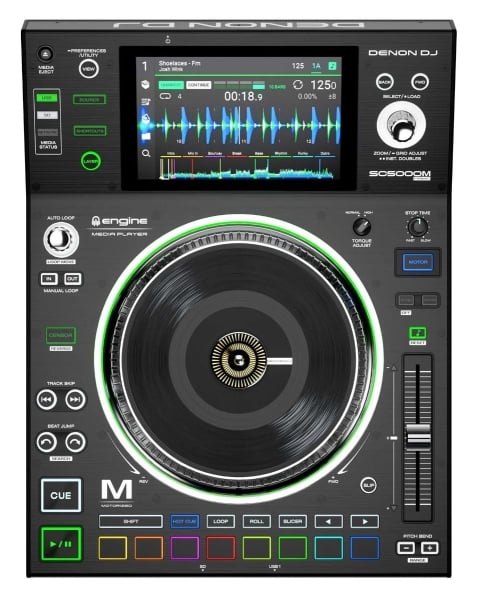 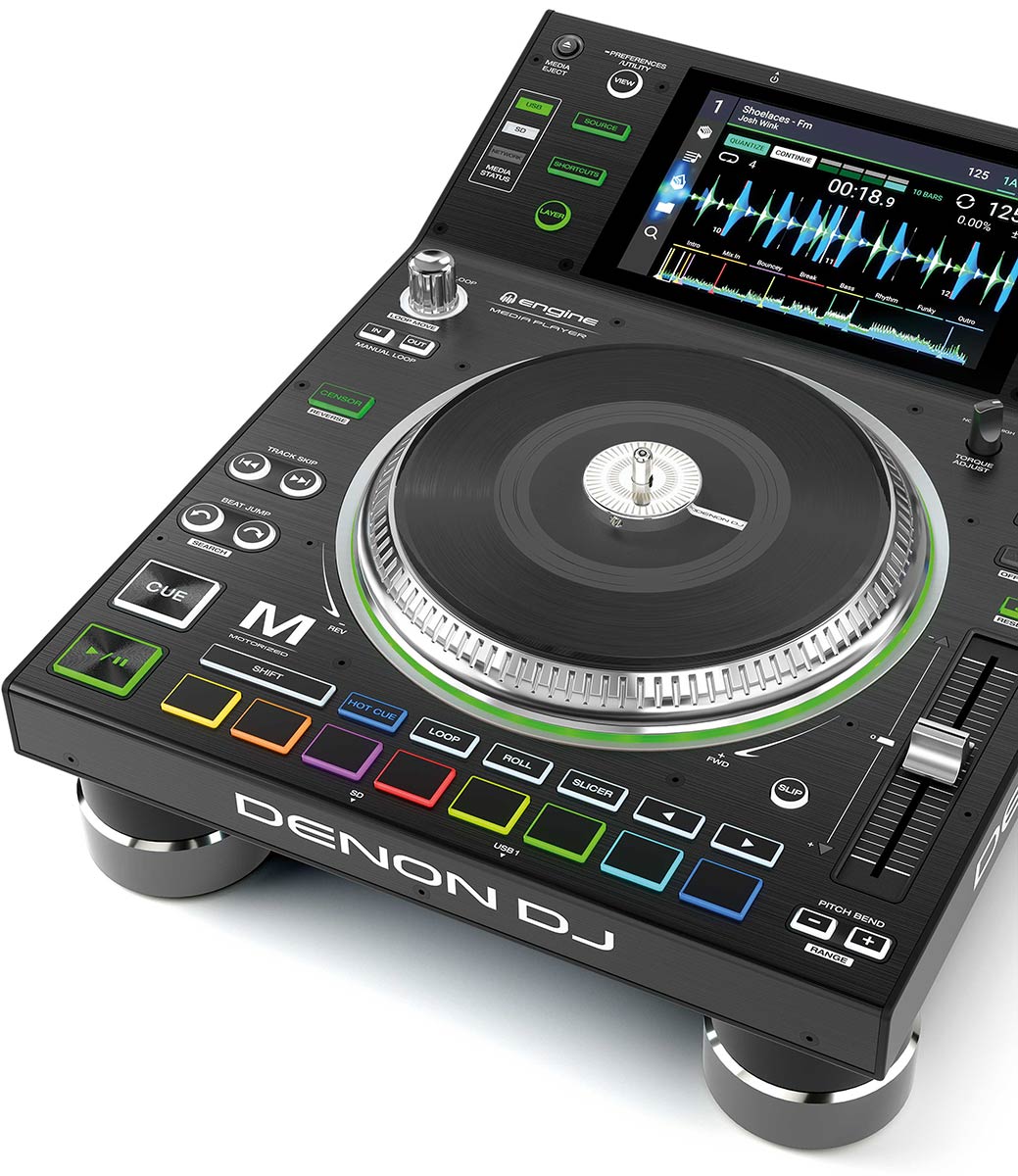 The SC5000M 7" multi-touch, multi-gesture HD screen brings the usage familiarity of today's touchscreen devices to the DJ. This latency-free, high contrast screen is the interaction interface for DJs to browse and edit music libraries, search for and scroll/load tracks with comprehensive filtering and tactile inertia responses and instantly 'tap' select performance related functionality with ease. All essential DJ viewing options such as gloriously colourful and detailed waveforms, BPM, track key and loop settings are clear and defined for 'at-a-glance' visual confirmations.

Bringing a [two-channel] controller ethos to a single, standalone DJ media player, the SC5000M has (A/B) dual-layer playback capability. If the need arose, DJs could perform an entire set on just a single SC5000M. Mixing, for example, between beats/basslines on one layer, then blending an acapella or instrumental riff on the second layer is a mere suggestion of the new levels of performance creativity DJs can enjoy with the SC5000M. The units independent analog and digital outputs give full control over each channel to a DJs mixer for ultimate audio control and expression. 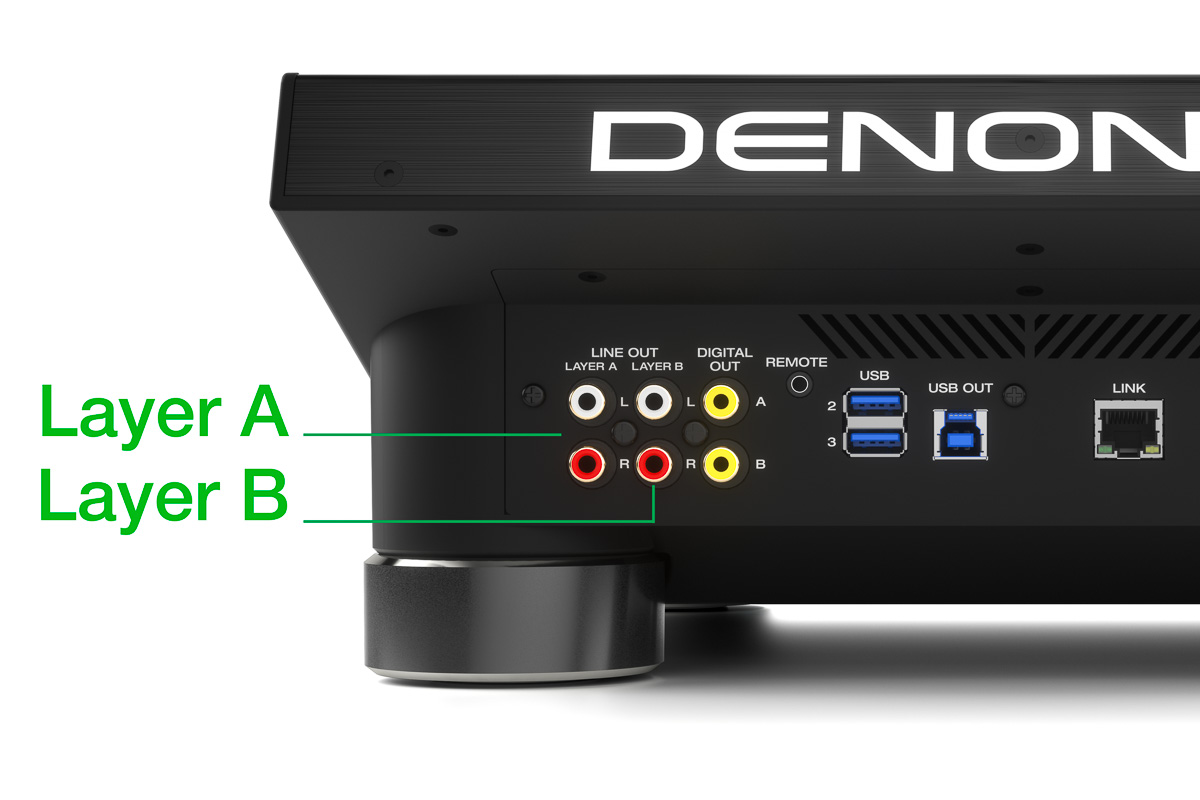 Already a staple performance essential for Turntablists and creative DJs, the SC5000M's 'Instant-Doubles' feature brings a single finger-press action to duplicate a DJs currently playing track on one layer and in its precise point in the timeline, onto the player's second layer. In a two-player scenario also, the Instant-Double' would be sent across the network to the second player from the source unit/track. Adventurous performer DJs then get the best of both vinyl and digital worlds! 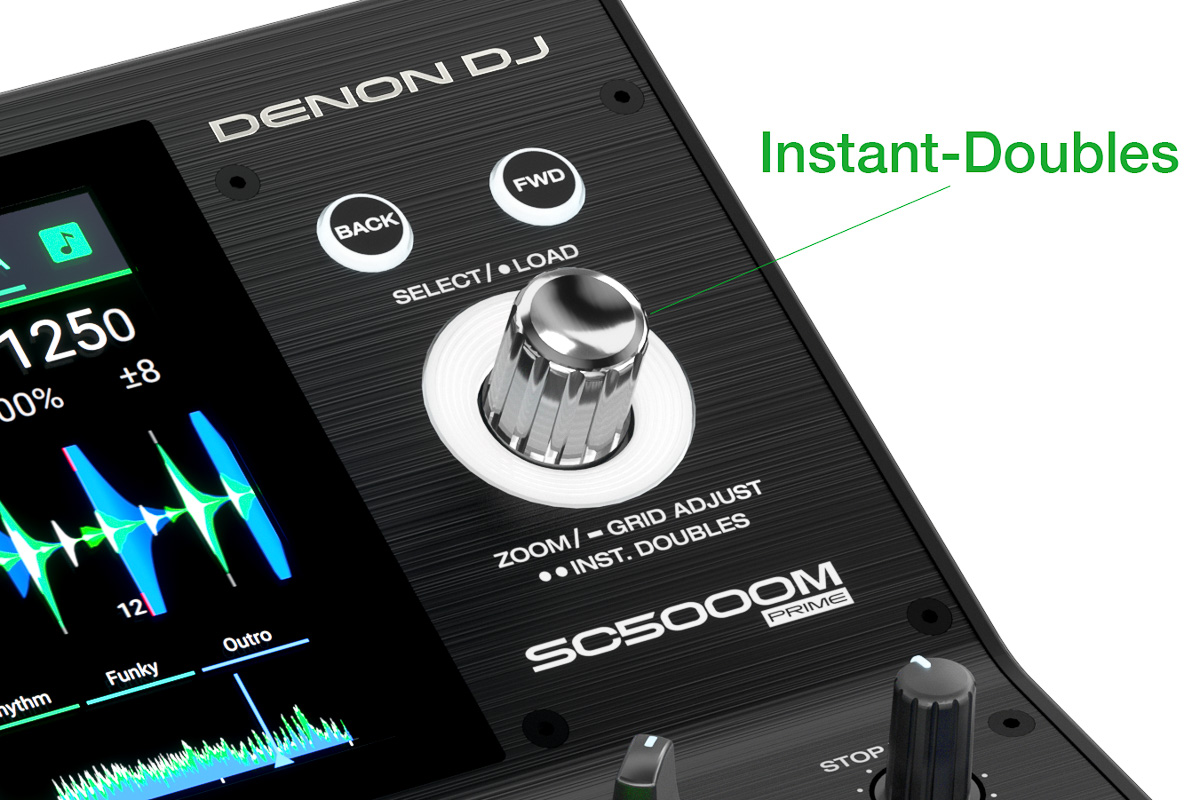 The 'M' and the SC5000 series are the only DJ media players available that will internally analyze a DJs music collection, including track BPM, musical key, calculate Beatgrids and draw waveforms, inside the unit itself. A DJ can simply insert a thumb-drive (or SD card) of unanalysed music and the SC5000M will internally analyze all loaded track metadata in the background, with the song available to play instantly, including immediate cueing. Direct import of Rekordbox collections, including playlists, hot cues and loops, can also be done quickly and effortlessly within the SC5000M, straight from a DJs media source. 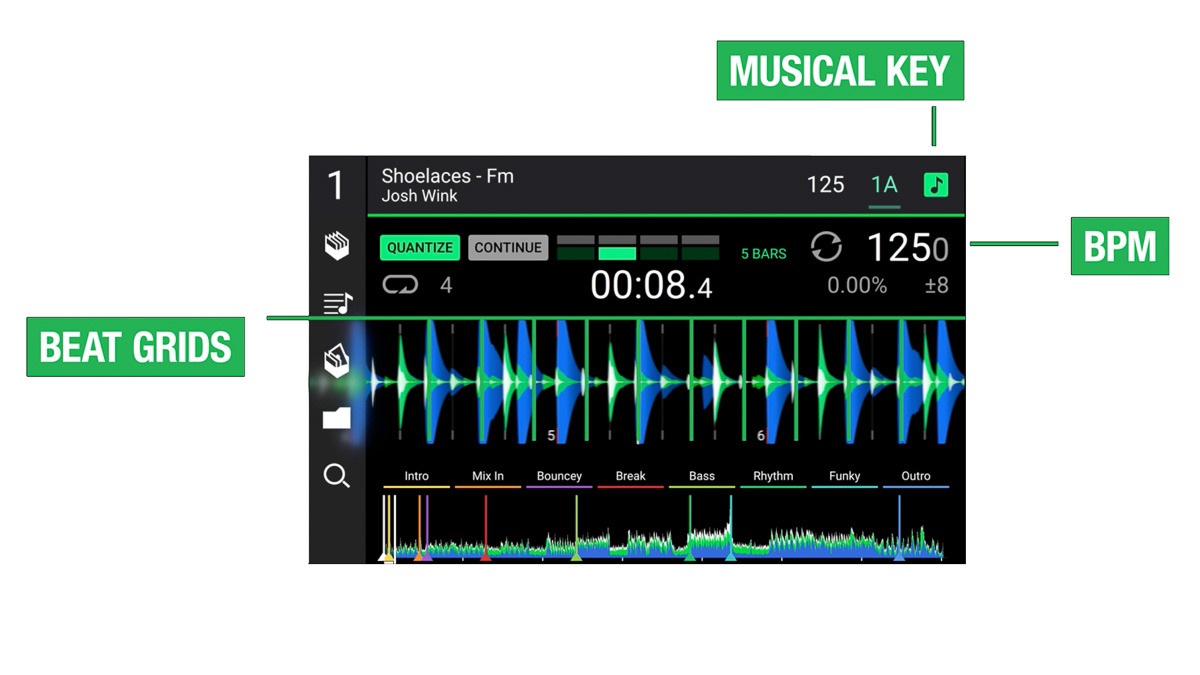 The SC5000M has a DAW quality, on-board time stretching algorithm that changes forever the quality expectations of DJs when performing with different genres, tempo's and styles of open-format music. Musical key can be shifted, matched and locked, with super-extreme tempo changes effected with sonic integrity across all audio frequencies. Bring a 95 bpm Hip-Hop track up in speed to mix into a 125 bpm House track, blend in a Trance track at 138, raise the tempo up to a Drum 'n Bass track at 170, then fire in a Grime track back at 140 bpm - mixing creativity and sonic perfection on the SC5000M. 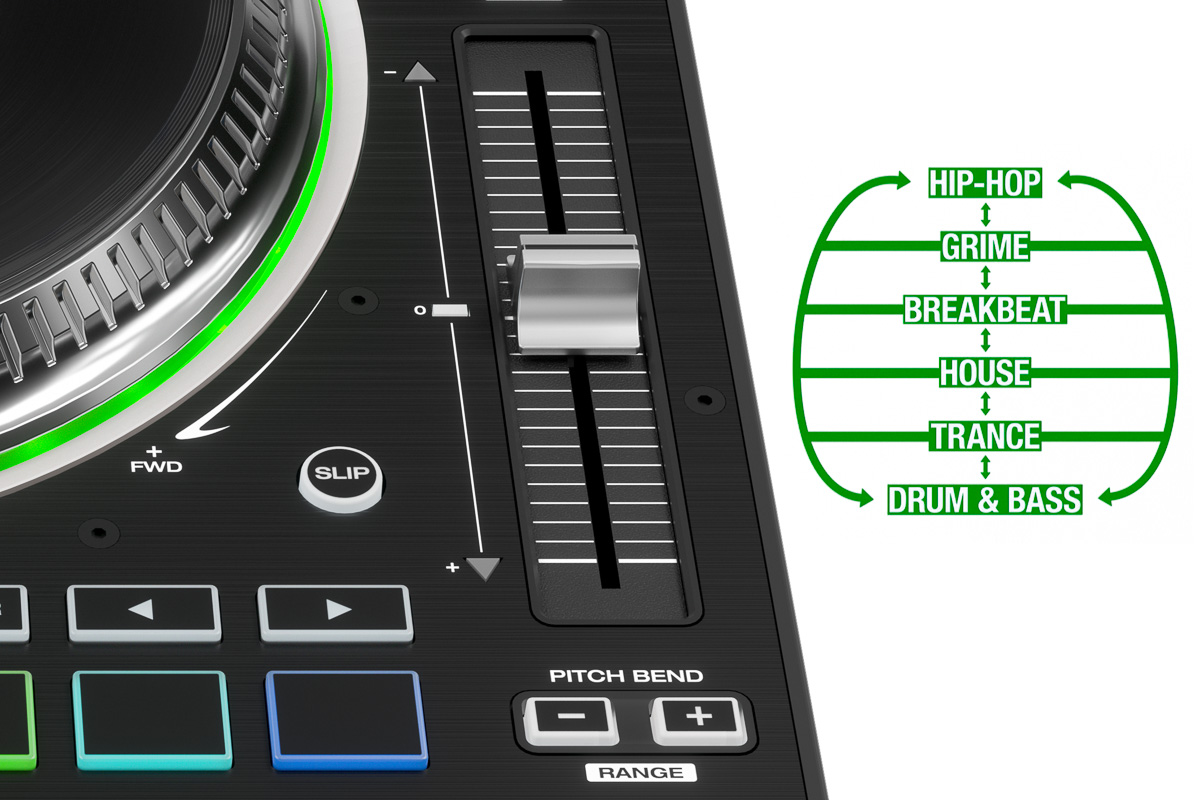 Take full standalone control of triggering hot cues, loops, rolls and slicer with no laptop or third-party software in sight. The SC5000M's eight, MPC style trigger pads give DJs full live performance expression to manipulate audio, create live remixes, beat-juggle and drop both straight-time and triplet rhythm cuts, all securely locked to the players quantize setting (or used without for even more time-signature performance experimentation). The SC5000M's multicore processor power even enables beat and hot-cue juggling on one layer, whilst a second background track plays on the other. New levels of expressive DJ performance await your fingers! 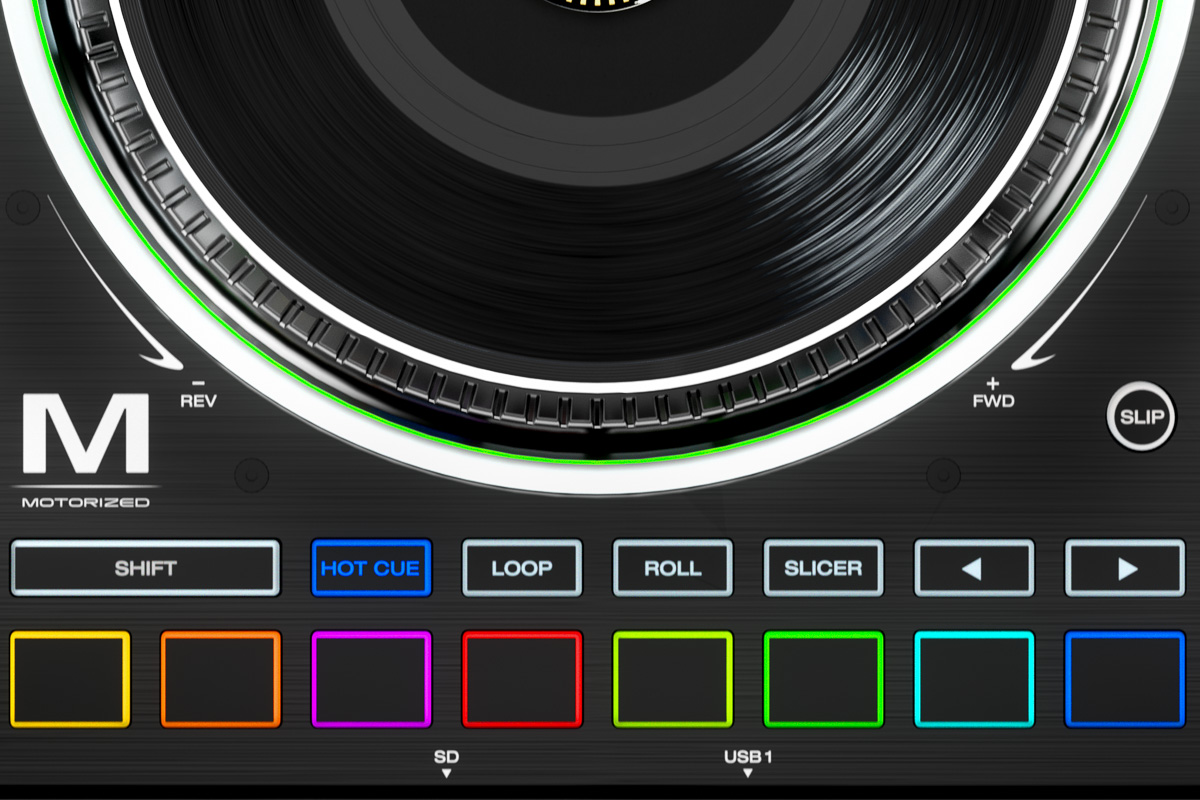 Denon DJ have produced a more powerful and capable motor than has previously been available on a DJ media player and paired this with the elegance of the SC5000 interface. Rotating the tactile and ergonomically designed platter, this high/low adjustable torque motor is Brushless DC Electric technology. Brushless motors are far superior than their Brushed type counterparts, featuring high torque to weight ratio, increased efficiency/reliability, reduced noise and electromagnetic interference plus a longer lifetime expectancy too. The SC5000M brushless motor is unaffected by centrifugal force, maintains efficient conduction cooling and offers protection from environmental dust or dirt. 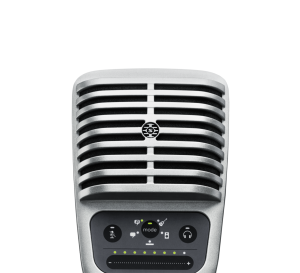 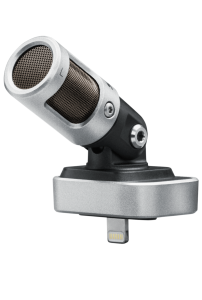 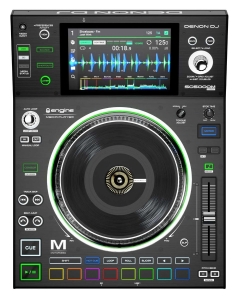 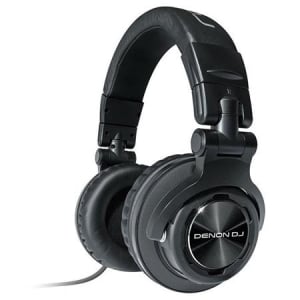 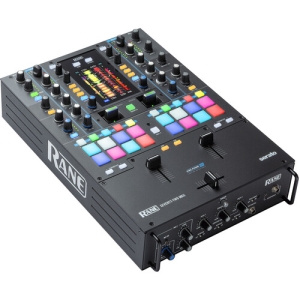